Rachael showed an interest in acting very early on when she created her alter-ego, Brooke Woode, at the age of 3. Brooke wore fancy hats and pink neon sunglasses with the lenses popped out while speaking in a very sophisticated and cultured tone.  Rachael still channels Brooke in her work today.

Rachael was heard on Colorado radio stations between 2001 and 2009.  She started at 100.7 The Moose in Grand Junction and then moved to Denver to finish her radio career at 98.5 KYGO.  It was during her eight years of country radio mastery that she developed her obsession for Keith Urban, having seen him perform live five times.

RW Talent LLC was formed in 2009 and has continued to build a strong and loyal clientele base that demand excellence, superior customer service and unwavering attention to detail.  Their demands are delivered with a dash of character and, when possible, all things purple.

Get In Touch With Rachael

Get In Touch With Rachael 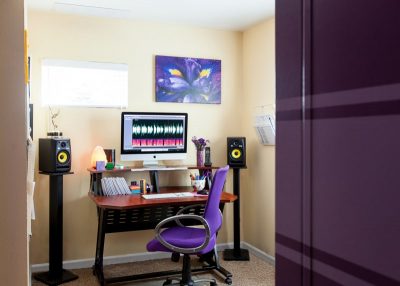 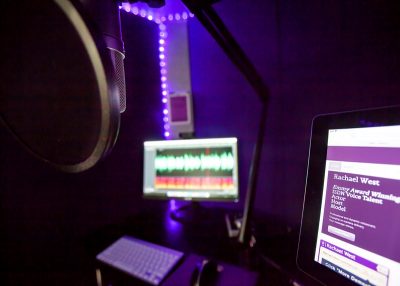 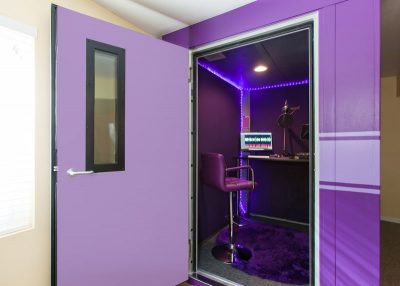 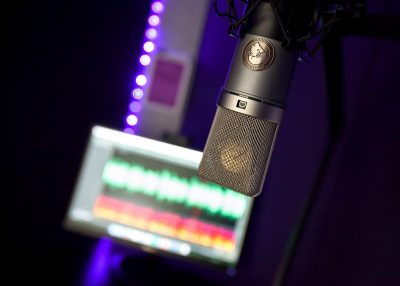 How soon can I receive my audio?

The majority of projects can be delivered within 24 hours or less. If your script is more than one-hour in finished audio and/or requires extensive editing – I will work out a custom delivery schedule with you.

Can I listen in and direct you while you record?

Yes, I offer directed sessions via phone patch, ISDN and Source Connect.
Depending on the scope of your project, I may be able to include this in the rate or we can discuss your unique needs, one-on-one.

How many revisions do I get?

I always include one round for small revisions and sometimes more, if they continue to be small. Large re-write or changes are charged based off the scope of your project.

What equipment do you use?

I record in a custom designed isolation booth with an NIC Rating of 42.
My microphone is a Neumann TLM-67 connected to an Apogee Duet straight into my iMac and Adobe Audition.
I keep my audio native and raw and only add effects and compression in editing.
I also use a Road Warrior LC XL Codec for phone patch and ISDN connection.
Plus, I have a full library of Music and Sound Effects if you require production of your audio.

Speaking of production of audio – can you edit and mix mine into a finished spot?

Yes! I always deliver clean and ready to use audio. If you require something like a fully produced radio spot with music and SFX, I can do that, too. If you need your audio split into several files and named for something like a PowerPoint presentation, that’s also something I can deliver.

What kind of clients do you work with?

Anyone that needs to good audio appreciates premium quality! Some example include:

What sets you apart from other voice talent?

I’ll save you time and make you look (and sound) incredible!
With a lifetime of acting experience and knowledge, I can get to the heart of your message faster than most and with the clear, crisp quality your project demands.
I’ll always reply to your emails and messages and I promise to nurture your script like it was the only one in the entire world.
I have range and deliver with quality and I’m consistent on all fronts.
I’m the part of your project you don’t have to worry about.

Why do you love purple so much?

This a mystery for the ages but it probably means I used to be a queen in a past life. Now, I’m just the Queen of Voiceovers – “Let them see purple! Everywhere!”